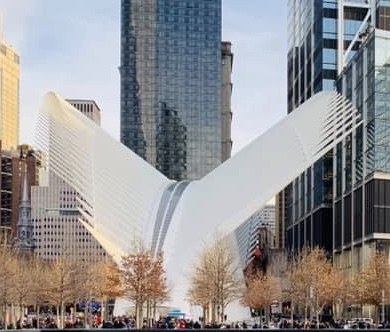 September 11th is a day America will never forget. I remember exactly where I was and what I was doing when I saw the news. I bet you do too. I was stunned, scared, heartbroken….I couldn’t believe what my eyes were witnessing. This simply couldn’t happen in America?!?!

Sean and I had to the opportunity go to New York in January and I will say so far New York has been my most favorite trip we’ve ever done. I love NYC!

The day we got there we new the first thing we wanted to do first was the 9/11 Memorial Museum. I didn’t know what to expect but it was by far the most emotional, humbling, surreal thing I’ve ever done. Standing there at ground zero, where nearly 3000 people lost their lives. Such an eerie feeling, it’s almost as though you can still hear their cries.

I know I’m an emotional person anyways but if you’ve never visited the 9/11 Memorial I think it’s a must do for every American.

The 9/11 Memorial and Museum occupies like 8 acres of the original WTC site. As we slowly walked through taking in all the thousands and thousands of images, artifacts, pictures, all the audio, the phone calls to loved ones, and news accounts of what had taken place became overwhelming to me. I wept all the way through….quietly sobbing the closer to the end we got. My heart was forever touched and more broken, standing there where it all happened. Knowing those precious people woke up that morning just like every other morning and expected to see their families and friends when they got off work but it would be a different day…because evil came to visit America. It came and took American lives. It came to destroy us.

There’s no denying that there is evil in this world but the Light will always overcome the darkness. So while it came to visit us here in America…it hadn’t destroyed us, in reality it united us and made us stronger. 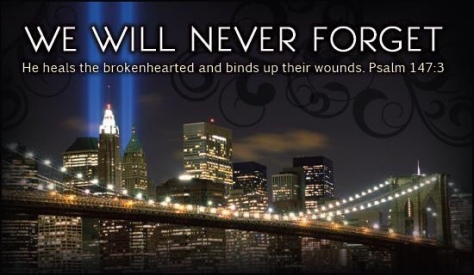 So many stories of of heroic events took place. Those Americans who took over the plane, to those who lost there lives helping others out of the Towers, all first responders, firefighters, police officers, EMT’s, military personnel. So many stories of courage and love. 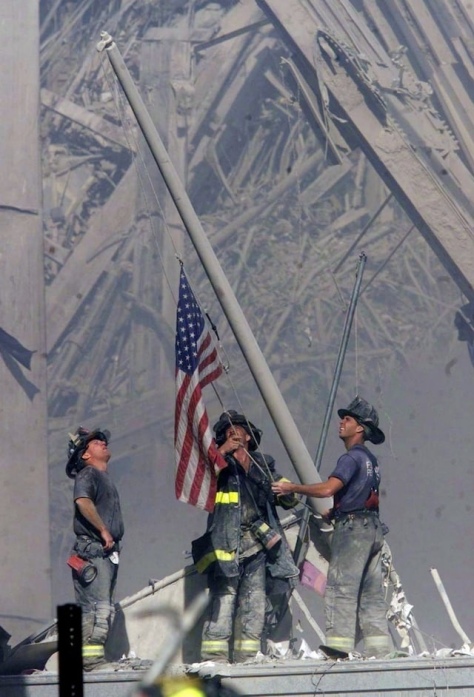 (Above photo taken from internet)

Seeing the “Survivors Stairs” is something I will never forget seeing. This was the last visible remaining original structure above ground level at the WTC site. Such a sad, courageous and powerful sight to see.

(Photo above was taken from the internet)

May we never forget those whose lives that were taken and those whose gave their lives to help others live.

The Lord heals the broken-hearted and binds up their wounds💙❤️🙏🏻🇺🇸